On February 20, 1954, the last clang, clang, clang of the trolley bell rang on the H&F trolley line between Thurmont and Frederick. Although there would be freight service on the line for a few more years, it was the end of an era. The Hagerstown and Frederick railway tied the county together with lines that ran from Frederick to Thurmont, Braddock Heights, Jefferson, Middletown, Myersville and beyond. The electric service that was created to power the trolleys would eventually evolve into the Potomac Edison Company. Today, many of the easements set in place for the trolley are still used by Potomac Edison to service their power lines.

In the late 1990’s, a group including myself, Jim Gugel, Lisa Coblentz, and Pat and Jordan Ott, came to the town of Thurmont with an idea to build a multi-use trail on the old trolley line. The group was successful in getting the trail started, but the need for a bridge to cross Big Hunting Creek halted the project.

In 2006, the Thurmont Lions Club decided to tackle the project and began refurbishing the existing trail and building the bridge to cross the creek, which extended the trail to Moser Rd. The Lions Club, along with many volunteers and donors from the community, did a wonderful job building and enhancing the trail with flowers, benches and signs. 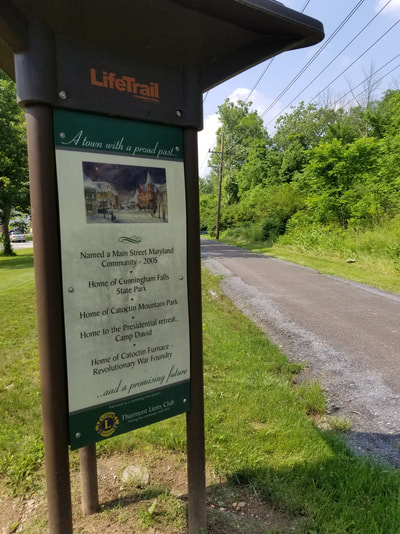 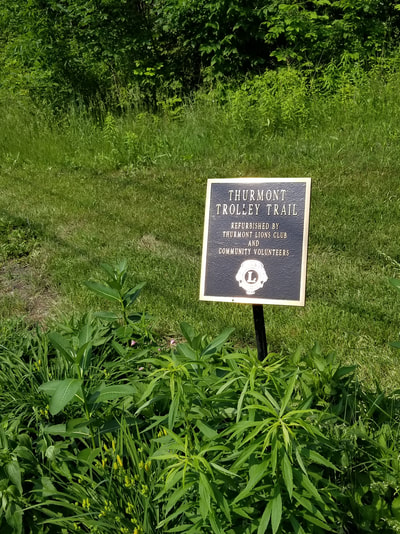 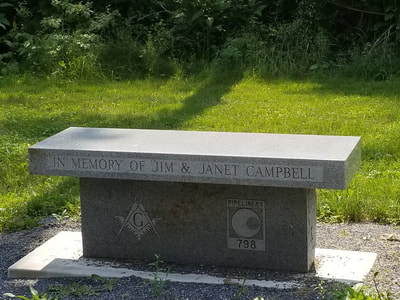 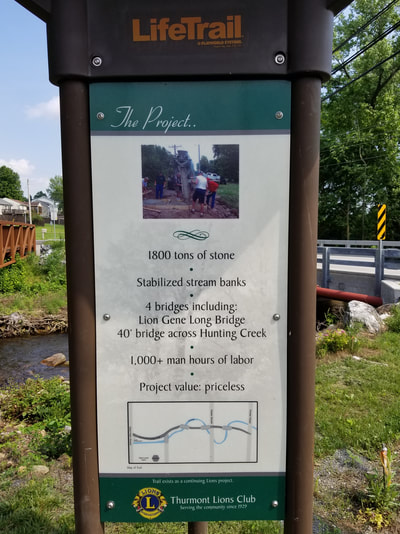 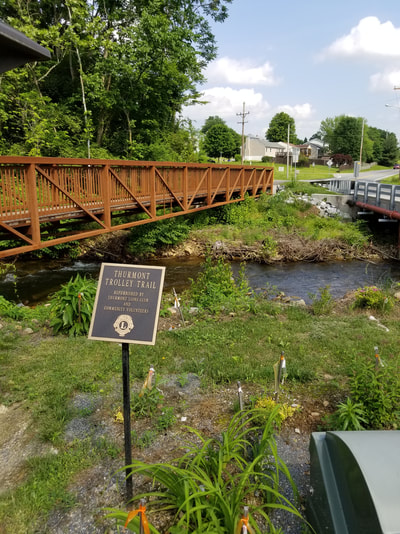 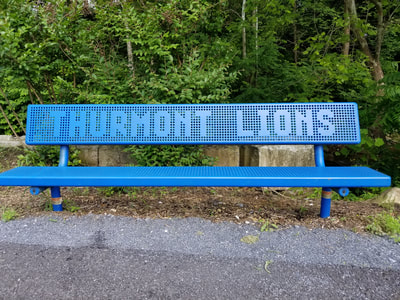 Our organization's vision is to complete the H&F Trolley Trail on the old trolley line all the way to Frederick. The trail would continue to connect with the trail system in Frederick city, connecting just off Rosemont Ave. A trail link to Emmitsburg would be the next logical step to connecting Frederick with the northern part of the county. A multi-use path connecting Thurmont and Emmitsburg to Frederick and Gettysburg would bring character, tourism and a welcome economic shot in the arm.
​Although the current trail in Thurmont is less than three-quarters of a mile, it is heavily utilized. Recently, the trail has been paved making it more compatible for strollers, skaters and wheelchairs. The benefits of an approximately 15-mile multi-use trail of the length I'm proposing are significant. Not only would this trail bring tourism revenue into the county, but it would also provide a safe trail for biking, hiking and other uses and offer another avenue for county residents to increase their physical activity and improve their health.

In a 2012 Economic Impact Study on The Heritage Rail Trail in York County, Pennsylvania, a trail that is similar in length to the proposed H&F Trolley Trail, the study found that the trail drew in 281,185 annual visits resulting in over $4.4 million dollars in revenue to the local economy. The trail would also allow for safe bicycle commuting from the northern part of the county to Fort Detrick and downtown Frederick, removing cars from the heavily traveled US RT15.

The H&F Trolley Trail would be a huge project and completing the first phase to the historic Catoctin Furnace would be a great start and would begin showcasing the enormous benefits of this north/south connecting trail in the county.

The Hagerstown and Frederick (H&F) Trolley Trail Association was founded in 2017 as a grass-roots, nonpartisan organization dedicated to preserving and providing access to the historical H&F rail line, to assist in communicating and preserving the history of the H&F Trolley, and to committing its use to the health and well-being of all users of the trail.  We hope to invigorate the connected communities socially and financially by supporting trails that add valuable amenities that spur economic development. The H&F Trolley Trail Association hopes that the establishment of the H&F Trolley Trail will unite individuals, businesses, and organizations in the community around the common theme of promoting healthy living through hiking and biking trails in the greater Frederick area.

why trails are important

​Multi-use trails offer many opportunities for the community. When trails are nearby, people have more opportunity to get outside and be active. They can choose to bike or walk instead of drive to their destinations. Local businesses benefit from increased foot traffic and stronger tourism. All told, trails become the foundation of healthy, thriving communities.

As trail systems grow, they spark new investment in trailside businesses and commercial opportunities along their routes. Trail-oriented development spurs and supports tourism, bringing new dollars into the community.

In Pennsylvania, a study of the Schuylkill River Trail found that it had a direct impact of $7.3m.  In New Jersey, where there is a large trail network, the New Jersey Department of Transportation found that active-transportation-related infrastructure, businesses and events have been estimated to contribute over $500m into the New Jersey economy.